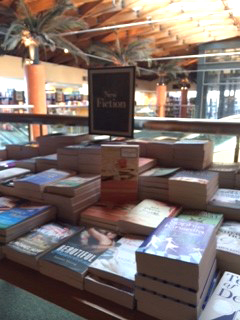 I immediately approached an assistant and announced myself as the author of said tome, enquiring as to its whereabouts.

“A hundred and fifty of your stores are promoting my book this month.” I said, trying to keep the desperation out of my voice. “It doesn’t appear to be on the new releases table.”

The assistant was very helpful and her computer search revealed that five copies were indeed in stock and had been placed on a shelf on the top floor. I would find them under ‘T.’

Leaping onto the escalator in fevered excitement I continued my quest and soon regretting my nom de plume. Thérèse has left me alphabetically challenged, only slightly ahead of Zeus in the shelving pecking order. This means my book goes to the far right of the bottom shelf where the sun never shines. Even with my head at right angles to the floor or in the Downward Dog position I still couldn’t find it. 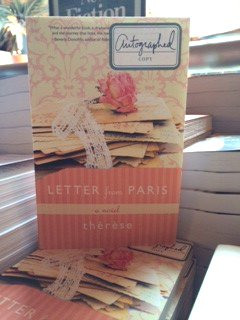 I approached another assistant who consulted another computer.

“We have five copies and they should be on the new releases table.” She says.

“ I see.” She says, then moving swiftly, heads to a shelf and performs an action a limbo dancer would envy. Proudly lifting all five copies she takes them over to the table.

“Don’t you have enough in your garage already?” She laughs and then hesitates. “ Would you like to sign them?”

“Absolutely. I beam. I would be honored.”

With that she whips out some autograph stickers and places them carefully on the cover and I sign the copies.

It doesn’t matter that nobody was there to witness my very first bookstore signing. It is a moment I will never forget. I left the store floating on air, my head held high. Only another hundred and forty-nine Barnes and Nobles to go. I’m hitting the one in The Grove tomorrow if you’d care to join me. 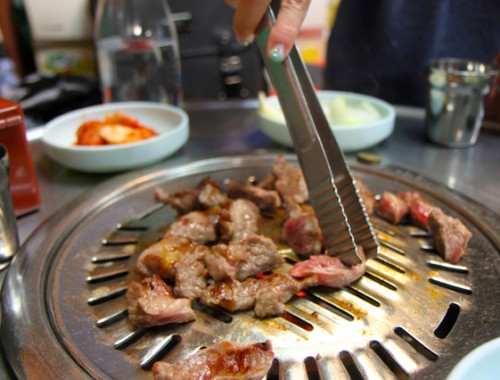