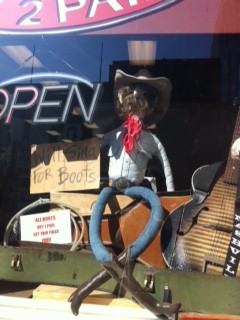 How’s your week going? Mine’s been pretty busy. I’ve played Nashville, (a piano duet at The Loews Hotel does count). I’ve been ordained a Minister in The Universal Life Church Monastery; $12.95 online and yes, that counts too. Oh! And I also had my house taken over by a SWAT team. I’m talking about ‘The Special Weapons and Tactics Team,’ complete with sub machine guns and sniper rifles. It’s a long story, but seeing your house on NBC after you’ve been evacuated to a safe house nearby and a parolee  is walking around your roof for five hours, well frankly, it makes you wonder if maybe early retirement to a sleepy town in the English countryside isn’t such a bad idea after all. Anyway, I saw my yard on Prime Time TV but I do so wish I hadn’t gone to sleep thinking about a way to raise my media profile. What is it they say? Careful what you ask for?

Let’s not even go there, when after five hours I still hadn’t brushed my teeth and was in my night- shirt, barefoot and eating toast in Jackie Collin’s daughter’s house. Thank you Tiffany…It got a bit surreal and very LA when your mum was on the phone. We can be as casual as you like, but she’s still an icon after all. I did think of titling this post “Breakfast at Tiffany’s.”

Oh! I almost forgot to tell you that next day at LAX, coming through security we were part of an emergency drill…except they omitted to tell us it was a drill! Only in LA do you confide in a stranger about a recent stake out in your house to be advised that, ‘You might need to clean your aura.’ Anyway, a few days later I lost forty dollars in a slot machine in Vegas, which cleaned out my wallet. Also, American Airlines’ Chardonnay does wonders for one’s aura. 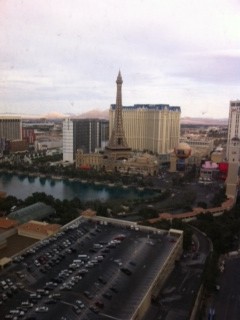 My first visit to Tennessee didn’t disappoint. Certainly there were some cultural adjustments to be made. In order to blend I bought a pair of Lucchese cowboy boots on the way to one of many Honky Tonk bars and en route to my third bottle of Sam Adams. When a tourist asked directions to the Grand Ole Opry. Flattered to be recognized as a local, I sent them down 2nd and Broadway with a cheery “ Y’all have a nice day.”

The food choices at The Loews Hotel Nashville are different from The Loews in LA. I always thought Hush Puppies were shoes. Turns out they’re deep fried cornbread balls. They also offer Poached Pig’s Head, Deep Fried Veal Steak, Pickled Deep Fried Chicken a Deep Fried Double-stack burger or Pork Belly Mac’ n Cheese. I settled for a BLT that was so calorie laden it’d be illegal in California.

Waking up in Vegas yesterday, looking out on a half scale replica of the Eiffel Tower, I did take a moment to worry about my aura and whether my grip on reality is a result of a fondness for Sancerre or a way of the universe telling me to stop asking for more material for the next novel.

It has been a very busy couple of weeks.  The Fiction Studio and I partnered with Amazon on a free Kindle promotion of my book. There was so much Twittering and Facebooking that I eventually ran out of people to ask and was in serious danger of losing my mind and my friends.  I was thrilled we managed such high ratings and so grateful to everyone who rallied to help launch India into the world. Thank you.

It has also been one hell of a learning curve. Turns out people can get bitchy even when you’re giving them a free gift. As a result I’m done checking my Amazon ratings hourly and ignoring feedback that comes with less than four stars.  I will also never be able to look at a stranger the same way again. I’ll always be wondering if they are “Catty” who posted “did not like this book. Trite and boring. Just flipped pages looking for something good. Didn’t happen.”

What is it in my psyche that dismisses twenty-three unsolicited rave reviews and focuses on the one nasty personality who goes by the moniker Anonymous? Honestly. Really? You felt the urge to tell the world that you had deleted a free book from your phone? You are one hell of a sad dude and I don’t use the word lightly, in fact being English, I have never used the word before. It feels good Dude, really good.

But the great news is, that despite your attempts to deflate me, right now India’s Summer has more Amazon stars than the 75th Anniversary edition of “Gone With the Wind.” I know the fact that I checked it makes me look pretty sad too, but ‘frankly my dear. I don’t give a damn!’