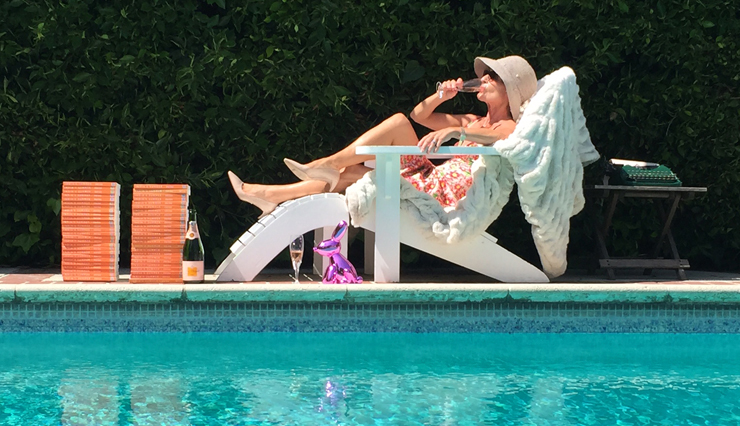 “If you can’t do it in high heels, I’m not interested” – Thérèse

Thérèse is the pen name for Marie-Thérèse Robinson (Terry,) who grew up in Liverpool England. She studied English and Drama at St. Mary’s College in London where she trained as a teacher. After a couple of years teaching grade school she transitioned into a career in production, spending many happy years putting on events for a wide range of clients – from receptions for HRH Prince Charles at St. James Palace to international fundraising telethons with David Bowie for the United Nations. She also promoted her husband’s work, sharing his passion for a holistic model of education. He received a Knighthood in 2004 for his work in education and Thérèse was given the title ‘Lady Robinson.’

Thérèse moved with her husband and two teenage children to California in 2001 and wrote her observations on life in La La Land in a collection titled How to stay Upwardly Mobile When You’re Spinning Out of Control. Her novel India’s Summer was published by the Story Plant in 2013 The sequel, Letter From Paris was recently published to rave reviews.

Thérèse still manages her husband’s career. They travel extensively, which gives her plenty of material for her writing and blogging. She lives in Los Angeles in a house and in Paris in her imagination.