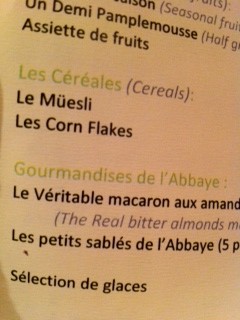 I’m back in LA after my sojourn in Paris, where, for reasons that made sense at the time, I decided the worst possible thing that could happen would be to be taken for a tourist in St Germain des Pres.

I became insanely French very quickly; within hours of landing I owned a navy blue cashmere jacket and several scarves, was walking into galleries with an air of distraction and then focus, totally confident in my Gallic persona unless anyone spoke to me.

During the week, despite a hankering for une andouilette avec une oeuf dur for breakfast, I settled on les croissants and in between times, a great deal of ‘saumon’ and  Sancerre; the two things I could order at speed with the right accent, having lost  confidence attempting lunch in a tiny café one day when the maitre d’ greeted me at break neck speed with- ‘Je suis désolé, Madame, mais nous avons arrêté servant le déjeuner. Nous avons de précuit des soupes dans le réfrigérateur si vous soigneriez pour l’un choisir. ’ 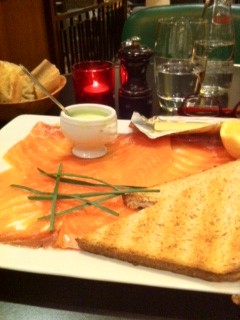 I responded with a degree of pouting that probably looks horribly wrong on a woman my age and went over to the fridge scanning everything in there for words I could pronounce.

“Carot s’il vous plait.”  I said, handing him the jar, then taking off my coat and looking for somewhere to sit before noticing he was putting it into a paper bag, not warming it up. I handed over my Euros, hesitated for a moment wondering whether to risk asking for a drink, decided against it and ended up in a nearby back alley slugging ice- cold soup from the bottle.

Immersion is a great thing; a few days later my high school grasp of the language was coming to my rescue and when approached by a tres chic woman asking for directions I was able to tell her where to find the Rue San Sulpice, confident I’d not sent her via The Loire Valley.

I also had a sexual encounter at Studio 34, a hairdressing salon, not a nightclub, but nevertheless an experience that would have given Studio 54 a run for its money and without the inconvenience of rehab. The massage chair left me barely able to walk after my color was rinsed off. I highly recommend it; your hair may come out orange, depending on your own grasp of the language, but it will have been well worth it. Trust me. 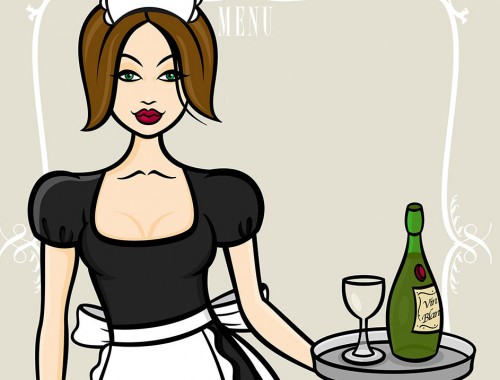 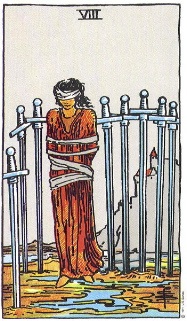 All On The Cards