Youth is wasted on the young.  – George Bernard Shaw

Opening the bedroom shutters this morning, I was a little surprised to see six men dismembering my neighbor’s roof and more than a little pissed to see that much of her roof was landing in my garden. I high tailed it next door through a haze of debris and let my feelings be known. My neighbor is ninety- three. She knew how to talk me off what was left of her ledge.

It is a wonderful thing to be around a woman who makes no concession to her age, especially in a city obsessed with youth. She tells me I remind her of herself when she was younger. I’m flattered. One day I hope to be like her; to be in the thralls of my third act, living every minute to the full and tearing my house apart.

Mimi Weddell, another of my role models, began her modeling and acting career in her sixties. She appeared on the pages of Vogue and Vanity Fair in her nineties. She wasn’t nipped, tucked or liposucked. She was beautiful inside and out.

I have given this a great deal of thought. I believe the answer to eternal youth lies in reinvention. At any point in our lives we can become an entirely different person. There’s plenty of inspiration out there. For me it always starts with shoes or boots.

Pulling out last season’s clothes I see last year’s woman. She was okay, a little preppy for my tastes, a tad sensible. This year’s woman will have more edge.* She will be French.

A mere accident of birth; my inner French girl has waited too long, stifled, closeted. I’m coming out. There. I’ve said it. “I’m French.” 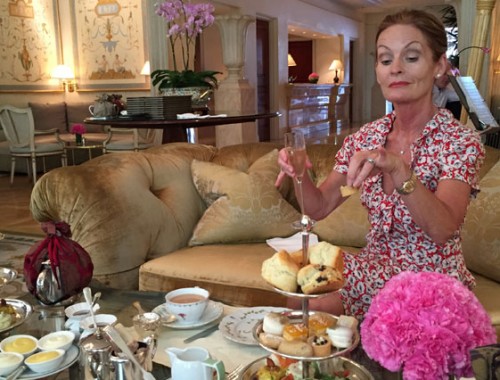